Lansdowne Legal is a small group of solicitors, legal executives and other lawyers who aim to provide a complete friendly and competent legal service to all our clients whether they are based in London, Wiltshire, Gloucestershire, or elsewhere.

Our aim is to achieve the best possible outcomes for our clients.

Lansdowne Legal is an amalgamation of Ouvry Creed, Merriman Waine and James Scott.

Lansdowne Legal is the trading name of Michael Hodge Solicitor.

Michael Hodge is authorised and regulated by the Solicitors Regulation Authority (www.sra.org.uk) in England and Wales as a recognised sole practitioner (SRA number 51293) under the SRA Practising Regulations 2009.

The SRA code of conduct can be found at www.sra.org.uk.

We are committed to promoting equality and diversity in all our dealings with clients and third parties. Please contact us if you would like a copy of our written Equality and Diversity Policy.

We have a written Complaints Handling Policy which may be obtained on request.

We comply with all UK data protection laws and have notified our use and processing of personal data to the Information Commissioner (www.ico.gov.uk).

We are obliged by the SRA to carry Professional Indemnity Insurance. We are insured to provide legal services throughout England and Wales. The firm has professional indemnity insurance cover provided through Elite Solicitors. 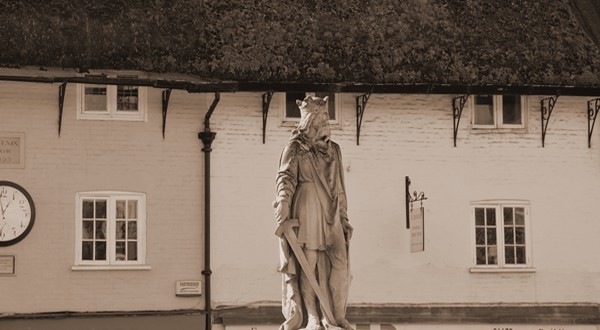 We are an amalgamation of several individual firms which amalgamated with the founding firm A. Hodge Solicitors (set up by the present owner’s grandfather in Devizes in 1926) on the following dates

The firm is the product of several individual solicitors who put in a life’s work in looking after their clients and putting their interests high up on their everyday agenda. The Ouvry family can claim Sir Frederick Ouvry, who was Charles Dickens’ solicitor (we still have some of the correspondence between the two men).

Their founder promised to look after their men in the trenches and continued to do so when they became clients in the 20th century. Richard Creed brought the firm to Wiltshire. Peter Waine built up his practice in Pewsey and the present owner’s family put in over 100 years of their working life in Devizes and other towns in Wiltshire in the 20th century to achieve the best deals or outcomes for their clients.

As there are so many individuals concerned we have decided to opt for the name of Lansdowne Legal because Lansdowne House in Long Street Devizes is most associated with the present proprietor’s career. The property was bought by Michael Hodge back in 1972 as a buy to let and leased to the firm ever since. It was on the site of the Three Tuns a Public House burnt down in the late 18th century and rebuilt thereafter as fine Regency Building that was used as Judge’s lodgings in the 19th century and subsequently as a Doctor’s Surgery and solicitor's office. We admire and respect the contributions of our predecessors but no one needs to be acknowledged more than the rest in the firm’s name.

We are now a small group of solicitors, legal executives and other lawyers who aim to provide a complete friendly and competent legal service to all our clients whether they are based in London, Wiltshire, Gloucestershire, Wiltshire or elsewhere.